Watching New England Conservatory’s Class of 2014 graduate and saying farewell to our fifth class of Sistema Fellows, I find myself extraordinarily proud of these young musicians and therefore greatly optimistic about the bright future of music. I observe the innovative accomplishments of our students and alumni and watch the progress of the Fellows as they create a whole new music education movement that will transform the lives of thousands of youngsters. These wonderfully creative musicians have a new vision of the place of music in society—not on the periphery but at the center. And marveling at their example, I find myself once again agreeing with José Antonio Abreu, founder of Venezuela’s El Sistema. His maxim: “Trust the young.”

But let me suggest some of the specific reasons why I’m so optimistic:

The classical music world has for too long allowed itself to be an insider’s preserve. It has been marked by arcane jargon, expensive tickets, the need for listeners to educate themselves even before the event, program notes that assume a graduate level music education, 19th Century concert attire, and a rigid tableau with little communication between players and listeners except through sound. No wonder attendance has dropped off.

However, I am delighted to say that many young musicians already get this and many established artists too such as Fifth-House Ensemble, eighth blackbird, conductors like Alan Pierson and his ensemble Alarm Will Sound, chamber orchestras like A Far Cry, string quartets such as the Parker, and soloists like Matt Haimovitz. Their approach is all about research and development, about new ideas that are sparking new interest and new audiences. They realize that it’s not acceptable to sit on our complacent laurels and blame the public for not understanding. They realize it is our responsibility to preserve our art form and to take it to the centre of society, rather than see it languish on the periphery as a “minor entertainment for the privileged.” 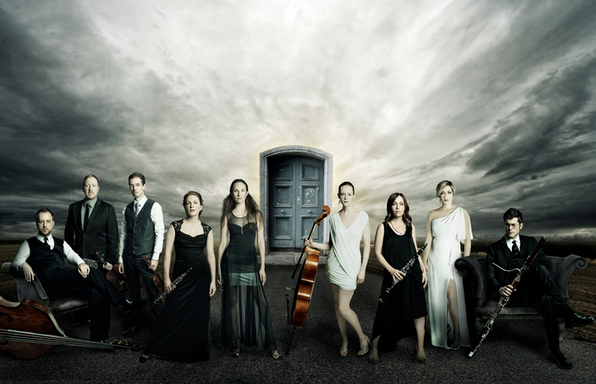 Music hasn’t lost its power to profoundly move us, whether we’re professionals or casual listeners.

I think, for example, of the young NEC violinist Yoojin Jang (a 2012 NEC graduate now in our Artist Diploma program where she studies with Miriam Fried) who invited me earlier this year to hear her play the Beethoven Violin Concerto. This is one of the towering works in the repertoire and a work all great violinists have included in their portfolios since its composition in 1806. This was to be her very first performance of a work so imbued by history and expectation and reputation. Pretty daunting.

Because I couldn’t make the performance, my wife and I managed to get to the dress rehearsal in the Korean Church in East Cambridge. There was Yoojin, very relaxed, dressed in T-shirt and jeans, full of welcome and appreciation of our special trip. She was warming up on her new Strad on loan from the Munetsugu Angel Violin Competition in Tokyo where she won first prize in March 2013. The orchestra tuned, and the work began as it always does with those so memorable four timpani beats. 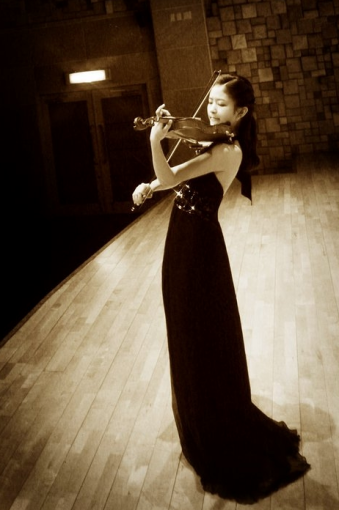 All seemed fine and usual and normal. But then the famous entry of the solo violin was heralded and there was the diminutive figure of Yoojin suddenly taking control with power and focus. I was stunned. The work began to be revealed in a way I could never have predicted. A first performance for Yoojin and a surprise for me as well because her playing radiated a totally new, fresh beauty which somehow removed all the layers of historic performance veneer.

The work sounded as though it had been composed for us all last Friday morning. The original beauty of her intensely committed reading produced a profound impact which has stayed with me in the weeks since this rehearsal. I rediscovered the power and magic of a work I had known all my life and yet not known until that moment. I am deeply grateful to Yoojin for teaching me something so marvelous.

Music is attracting listeners in new media and new vehicles of presentation.

Consider the example of Acoustica Electronica. Conceived and led by Colin Thurmond, a young classical guitarist studying for his DMA at NEC, this evening-long performance event uses a blend of classical music and electronics mixed by NEC classmate DJ Rich Chwastiak (THE WIG), and incorporates dancers, live musicians, acrobats, and a visual artist who designed the backdrop to the set. In many ways comparable to Cirque de Soleil and Blue Man Group, it debuted in 2011 at the Center for Arts at the Armory in Somerville, MA. It went on, in an expanded, enhanced iteration, to play several times at Club Oberon in Cambridge (which is operated by American Repertory Theatre) and at New York’s Le Poisson Rouge. Acoustica Electronica today is a highly produced, thrilling evening of choreographed music, drama, dance, and…storytelling, a living, breathing, new entertainment force with engagements on the calendar up to 2015.

Music training is becoming a vehicle of social development that also produces a whole new generation of players and listeners.

A few weeks ago, NEC graduated its fifth class of 10 Sistema Fellows, outstanding young musicians and leaders, passionate for their art and social justice, who have been trained to lead social development programs through music. Inspired by Venezuela’s El Sistema, the Fellowship has produced 50 alumni who are now creating or working in life-transforming projects throughout the United States and abroad.

Aimed particularly at youngsters at risk, each program is different, but each shares the fundamental principles of the El Sistema method — a trust in the power of music, intense and consistent immersion, an emphasis on excellence, warm nurturing of the individual child, and the potent bonding experience of ensemble performance.

Already, the Fellows have made a tremendous difference. Here are some statistics:

• Alumni of the Sistema Fellows Program are transforming communities in 25 U.S. cities.

• Current program enrollment ranges from fewer than 20 to more than 400 children with operating budgets that range from approximately $25,000 to $1.3 million.

• On average, each child spends close to 10 hours per week in El-Sistema inspired programming involving Sistema Fellows. Cumulatively, all children affected will spend more than 1.5 million hours this year.

• Programs involving Sistema Fellows employ more than 260 teaching artists. Whether it’s orchestral music or choral singing, these programs are engaging young people in a collaborative endeavor to make something beautiful, out of which, we believe, will come responsible and compassionate citizens who will become professional musicians or knowledgeable listeners.

Tony Woodcock is the President of the New England Conservatory of Music.

Want to read more of Mr. Woodcock’s thoughts on the future of music? Check back next week for Part 2!