Last week I finally got the chance to go see some more live gigs here in London! The artists were on the Kobalt roster so I had the opportunity to go as a part of my internship. Both shows I went to were such interesting experiences and so different from each other. They also happened to be two nights in a row.

The first night was a band called Splashh. They were performing at the Boston Arms Music Room, which was nice because it reminded me of home. The Boston Arms is a pub and attached to the side is a small music venue. The venue itself almost had a pub-like vibe to it as well and most everyone was enjoying a pint with the show. It was really loud and there were a lot of young people in their twenties there so I could tell this was definitely a college kid destination, but it was still nice to hear some live music. The band seemed to be having a good time as well which is always a plus.

The second night was almost the complete opposite of the first. The concert itself was organized entirely by the artist, Charlene Soraia, and it was really a great night. The venue was in Brixton which is much farther south than I would normally venture alone in London but once I got there I realized it was a much cooler part of the city than I’d originally thought. Brixton East, where the show was, is an unassuming warehouse and when I walked in there were photographs, art, music, and all sorts of media being displayed on the walls like an art gallery. The concert began an hour or so later with a female folk duo called The Worry Dolls. They barely played any instruments during their set and I was amazed at how much sound they filled the room with. When Charlene started playing with just an acoustic guitar and no backing band I was also pleasantly surprised. Not very often do you go to a concert and see the performer up there so confidently and beautifully playing their original songs by themselves. Hopefully I’ll get to go to some more shows like that while I’m here. 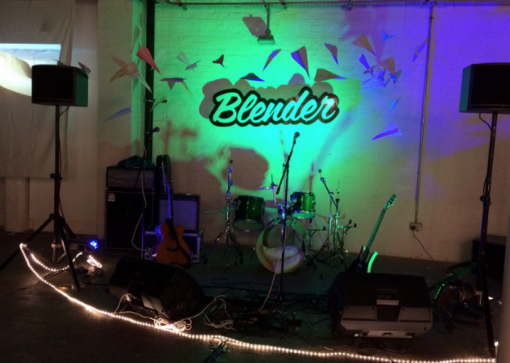 This weekend I’m off to Amsterdam for the first time on my Easter break. I’ll be going on an organized student tour and they’re also taking us to the countryside! I can’t wait to mark another country off my list and experience all it has to offer.