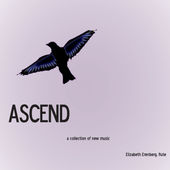 My musical identity is like a kaleidoscope. I’m a different thing from every angle. I’ve morphed from performer to teacher to music advocate, and all of the above at different moments in time.

In addition, as my teachers can probably confirm, I’m a bit of a different breed.

I channeled Jimmy Hendrix when playing fast runs in a Mozart concerto. I’ve made Greek Mythology “hip.” I write quirkyblogs as another artistic outlet. I’ve even dabbled in standup comedy.

Some people would say “just make up your mind.”

Along the journey of trying to figure out who/what I am, I’ve been deeply influenced by happenings in society. Outdated values, bankruptcies, and negativity in the music world have tainted my inspiration to *just* perform. .

(One thing I decided to do about that, cough cough, is create this site.)

In my performing life though, I’ve been lifted by playing in many new settings, emotionally moved and well traveled by providing music for wedding ceremonies, energized by my private students, and motivated most of all by just playing, in any capacity, every day. My journey for a one identity is ongoing.

Amidst all that melodrama, I recorded “ASCEND.”.

By bringing together composers and performers who are my friends, showcasing their music in a new way, and creating a legacy, my confusion went away. All that mattered was the music.

What made the experience even more meaningful is that each collaborator has similar multiple identities, but music is the thread that ties them, and us, all together. Our collaboration on this project reminded me of why I am a musician, no matter how much the meaning of that changes.

On April 26th in Boston, I invite you to join me as I officially “release” this album with a live performance celebration.

What to expect: Albert Oppenheimer’s “Quirks” is a giggle-inducing, buoyant flurry of two ‘duo-ling’ flutes. Kurt Mehlenbacher’s “A Glimpse of Heaven” for flute and vibraphone may bring you to tears. Russell Steinberg’s “Flute Fantasy” will make you see every color shade imaginable. John McDonald’s “Spinning Melodies” will make you feel like you are part of a strand of DNA. William Kenlon’s “Bonsais” will transport you to Japan under a forest of pine trees. Jeannette Chechile’s “Spring Duet” will mesmerize you with two different flutes’ majestic blend.

If you don’t live in Boston, I’ll be streaming live! Link to be announced soon. Listen to excerpts and learn more atwww.elizabetherenberg.com.

I hope you’ll feel lifted. I sure have.