Editor’s note: In May and June 2014, flutist Laura Barron traveled to South Africa to observe music education programs devoted to fostering positive social change. For the first three Fridays in December, we are pleased to present her recollections of that experience in a multi-part series.

An exploration of the solitary soul enchanted by the

with the astonishing world.

JUNE 4: The professional development phase of my trip is nearing an end, and I have had the privilege to gain exposure to a dozen diverse arts outreach programs here.  Each community, teacher, and facilitator has opened new doors of understanding for me.  Of course, I know it will take some time to fully distill all I have learned, but I have drawn some initial conclusions at this stage.  In recent years, I have come to suspect that classical music was probably not the most appropriate musical tool for community development.  The obvious reasons for this include the fact that it is a relic created mostly by dead white men (a population far removed from the very alive, and mostly racially mixed youth and adults I now teach).  Also, much of it is centuries old.  So, its relevance is difficult to convey to young students.  But more significantly, I think the primary issue lies in the fact that the music itself requires a highly complex set of skills and comprehension, making its immediacy as a tool for building self-worth, teamwork, and creativity limiting.  Conversely, the marimbas here use only 9 pitches (C,D,E,F,F#,G,A,B), allowing for 4 total keys (C Major, a minor, G Major, e minor) instead of 16.  Consequently, as I observed in every marimba band session, this restricted vocabulary actually expands the students’ aptitude and creativity.  They are rapidly able to become fluent in this simple language.  And more impressively, they are able to improvise within this useful frame early in their development.  This quite reminded me of the astounding results I have got from students when leading haiku activities in Artist-in-the-Classroom engagements with the Vancouver Biennale.  Similarly, the straightforward, 5-7-5 syllable, 3-line format enables young writers to clarify their thoughts in profound ways.

In these marimba bands, it was also helpful that the note names were written on the wooden keys so that students could learn visually as well as auditorily and kinesthetically.   Finally, it is a purely oral tradition, so everything is taught by modeling, and students learn basic patterns by rote.  This facile patterned-learning seemed extremely effective to me.  However, a director of a more classically oriented program, in Joburg, alternatively pointed out the additional benefits that students gain from developing note-reading skills and complex physical techniques (i.e. coordinating a bow arm and finger board hand; random wind instrument fingerings, etc.). When considering the cognitive benefits, I agree.  However, I have become increasingly more interested in the transferrable benefits that music-making affords a child or an adult.  This is what initially informed my choice to teach rock (and not classical) music to women in prison.

And that has proven to be highly successful.  This ease of learning (IE. Thousands of rock songs use only 3 chords) also lends to a great time had by all.  This fun factor became glaringly evident to me in one particularly rough Joburg neighborhood called Hillsboro.  I visited a program there, today, which taught both orchestral instruments and marimba.  (As my comments are somewhat critical I will omit the name of the organization).

That afternoon, I initially observed a recorder group session and a private violin lesson.  In both cases, students were corrected for “wrong” posture, notes, rhythms, hand position, etc. Negative approaches to teaching have sadly often become the tradition in classical pedagogy. Here is one example I overhead in this particular program:

Teacher, “Do you think that was good?’,

To which the shamed student meekly replied, “No”.

The teacher continued, “Then, why not?”

Student, “Because I was not holding my bow correctly.”

Surely, there must be more positively reinforcing ways to boost the enthusiasm and confidence of these highly disadvantaged kids.  And given the chance to immediately follow that discouraging experience with a visit to the marimba band in this same program, I confirmed that this positive approach is highly preferable.  In this context, students were given ample freedom to experiment, to make their own mistakes and learn how to correct them independently, to grow through repetition and creative exploration, and to teach and learn from each other. Facilitators merely offered initial demonstrations of musical patterns, and then assured the maintenance of a safe and supportive space.  But it was largely student led.  The success of this “letting go” amazed me. 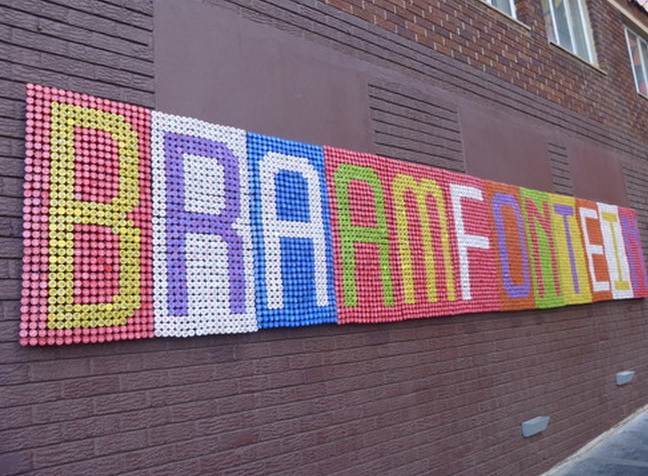 JUNE 6: My last day of observation brought me to the Music Empowerment Program in Braemfontein, recommended at the last minute by Helen Vosvoo, the director or the Keiskampa Music Foundation, with whom I had an enlightening exchange over breakfast this morning.    MEP is another orchestral program.  However, it clearly succeeds in creating an enjoyable and uplifting music-making experience for their students. Their kind director, Adi, offered me a chance to speak with the group of 30+ young musicians for about 15 minutes after class.  Instead of talking “at” them, I rather asked them to tell me why they make music. And their answers simply astounded me. “To build compassion. To use all the parts of my brain.

To become more cooperative and accountable to my peers.”  Clearly, this was not the first time they had had this discussion.  At this point, a light bulb went off for me.  As facilitators and educators in North America, we often talk amongst ourselves about the bi-products of arts-based learning.  But we rarely spell them out for our students.  I have now come to realize that this is a huge mistake, since this is actually key to the success of these programs.  This kind of value-based conversation gives these students voice, and also makes them understand that these programs are being offered because they are valued.  So, this instils their reciprocal hard work and earnest effort.

Also, there is a definite sense of urgency within the students I met in South Africa.  An urgency to grasp to anything that will give them a better chance in life.  I believe that for many inner-city North American students, this urgency is equally valid.  I also believe that our school art and music programs are in crisis, creating further urgency.  And it is our job to make this apparent to the students we teach, so they value and appreciate the arts-based offerings that non-profits like ArtStarts, the Vancouver Biennale, and Instruments of Change are leading, to supplement what should already be a mandatory part of their curriculum. 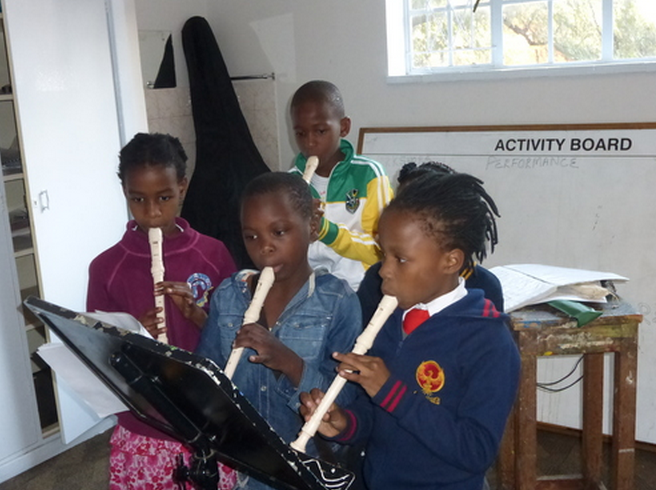